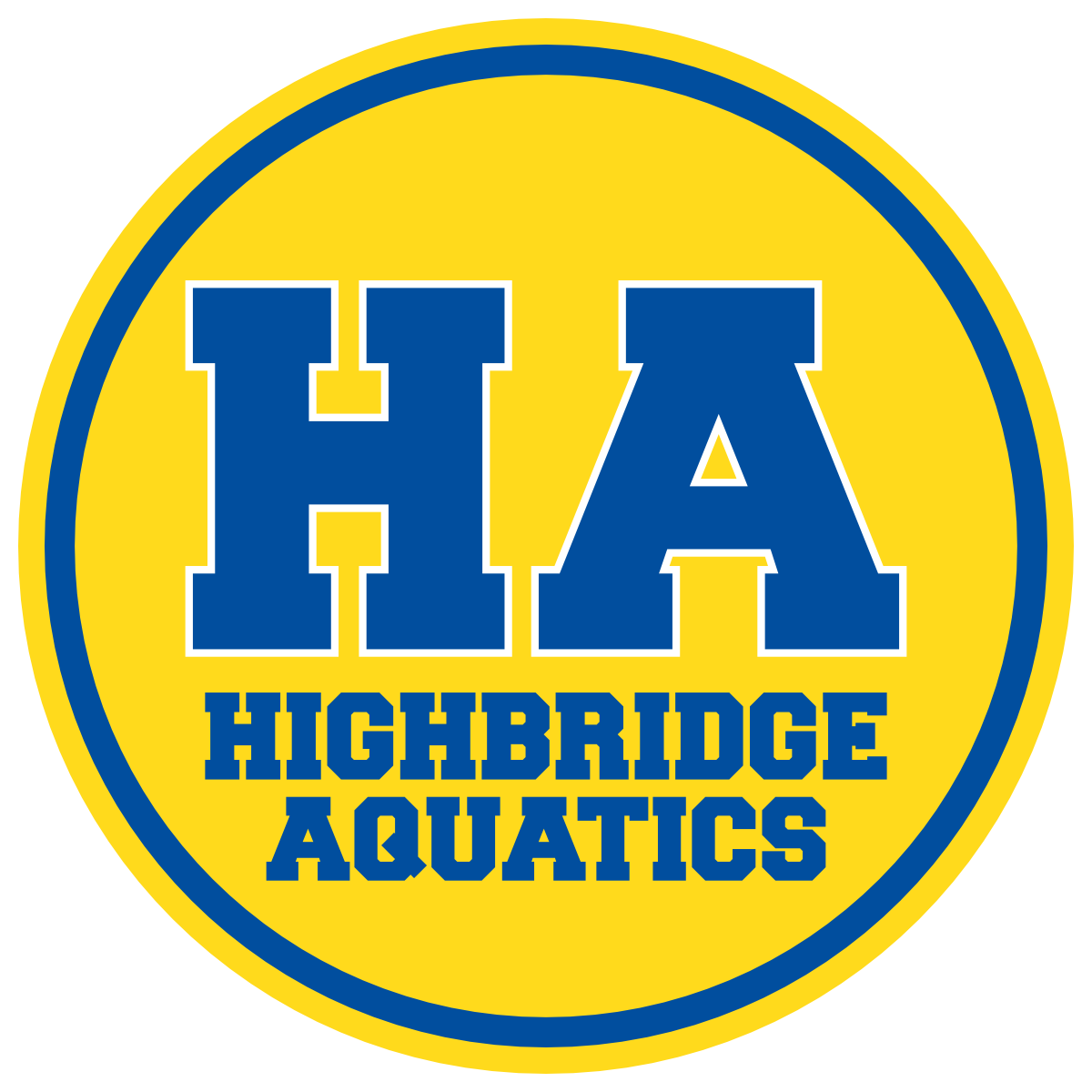 The purpose of a code of conduct for parents is to establish consistent expectations for
behavior by Highbridge Aquatics (HA) parents. As a parent/guardian, I understand the
important growth and developmental support that my child’s participation fosters. I also
understand that it is essential to provide the coaching staff with respect and the authority to
coach the team. By initialing and signing, I agree with the following statements:

___ I will set the right example for our children by demonstrating sportsmanship and showing
respect and common courtesy at all times to the team members, coaches, competitors,
officials, parents, and all facilities.

___ I will get involved by volunteering, observing practices, cheering at meets, and talking with
my child and their coach about their progress.

___ I will refrain from coaching my child from the stands during practices or meets. I agree to
not enter the pool deck area during practice unless it is an emergency.

___ I understand that criticizing, name-calling, use of abusive language or gestures directed
toward coaches, officials, volunteers, and/or any participating swimmer will not be tolerated.

___ I will respect the integrity of the officials.

___ I will direct my concerns first to Coach Chris Fugmann then, if not satisfied, to a Board
Member of HA Team.

The purpose of a code of conduct for athletes is to establish a consistent expectation for
Highbridge Aquatics (HA) athletes’ behavior. By initialing and signing this code of conduct, I agree
to the following statements:

____ I will respect and show courtesy to my teammates and coaches at all times.

____ I will demonstrate good sportsmanship at all practices and meets.

____ I will set a good example of behavior and work ethic for my younger teammates.

____ I will be respectful of my teammates’ feelings and personal space. Swimmers who exhibit
sexist, racist, homophobic, or otherwise inappropriate behavior will be faced with consequences.

____ I will attend all team meetings and training sessions, unless I am excused by my coach.

____ I will show respect for all facilities and other property (including locker rooms) used during
practices, competitions, and team activities.

____ I will refrain from foul language, violence, behavior deemed dishonest, offensive, or illegal.

____ If I disagree with an official’s call, I will talk with my coach and not approach the official
directly.

____ I will obey all of USA Swimming’s rules and codes of conduct.

I understand that if I violate this code of conduct, I will be subject to disciplinary action determined
by my coaches and the HA board of directors.